The story of how Paul Gascoigne changed English football forever during the 1990 World Cup in Italy is one for another day. Six years later, England hosted the European Championships and their second group game saw Terry Venables’ team taking on their oldest international rivals, Scotland, at Wembley. Gascoigne’s heroics and tears at the Stadio delle Alpi against West Germany had long since been forgotten and his inclusion in the England team at Euro’96 was a matter for fierce debate. We English, it seems, like nothing better than to turn on our former heroes. After misbehaviour by England players on a pre-tournament tour in the Far East and an underwhelming performance against Switzerland in their opening game, Gazza was widely identified in the media as being a ringleader, a symbol of everything that was wrong with the team.

I covered the Championships for the Observer newspaper and, before the Scotland game, remember getting involved in a blazing row – in the blazing sunshine – with a senior BBC radio commentator.  According to him, Gascoigne was washed up, a has-been with nothing left to offer on the international stage. It was pretty clear that Gascoigne’s public persona – ‘Gazza’, all laughs and jokes and elaborate pranks – was what really wound this guy up. My argument that the player was still the most gifted of his generation and key to any hopes of England’s progress fell on very deaf ears. I didn’t do a headcount at the time but a glance back at the newspaper headlines on the morning of June 15 1996 will tell you I was in a minority when it came to this particular argument. Gazza remained a favourite amongst fans but was already being dismissed out of hand by the experts.

Wembley was rocking by 3PM, the place jammed with beery English supporters and Scotsmen stripped to the waist, all squinting in the London sunshine. The game, to be honest, never really lived up to the feverish atmosphere. England played in fits and starts against a pretty ordinary but very hard-working Scotland team. The only fluency on show came during the 30 minutes during which Jamie Redknapp was on as a substitute, only for him to depart, injured, a few minutes from the end.  During that spell, the game caught fire: Shearer scored with a header from a Neville cross; Scotland were awarded a soft penalty for a challenge by Adams on Durie; as the Scotland skipper Gary McAllister ran up, a breath of wind blew the ball slightly sideways on the penalty spot; David Seman dived to his right to save with an elbow. And then Gazza took charge.

The game was won in an instant. And Gazza’s battered reputation, just as quickly, was restored.

Within moments of the missed penalty, a ball forward was flicked on by Darren Anderton into the path of the marauding Gascoigne. As the ball dropped from the air on the left of the penalty area, his deft touch lifted it over the head of Scotland centre half, Colin Hendry, who slipped as he tried to turn into Gascoigne’s path. The England midfielder was long gone and, having played it over Hendry with his left foot, now struck his volley past Goram with his right. The game was won in an instant. And Gazza’s battered reputation, just as quickly, was restored.

England fans celebrated wildly as did Gascoigne and his teammates, recreating a notorious drinking game in a delirious huddle at the tunnel end of the ground. The game hadn’t been great. The goal, though, most certainly was. And inspired the run to another penalty shootout defeat — to another German team, in another semi-final – ten days later. Despite changing a few minds in the Wembley sunshine that June afternoon — and then being at the heart of one of the greatest-ever performances by an England team, the 4-1 dismantling on Holland on the evening of June 18th – Euro’96 proved to be Gazza’s swansong. Gascoigne never represented his country at a major tournament again.

* Tom Watt is a UK-based actor, writer and filmmaker, currently in France to watch England — amongst others — at Euro 2016. 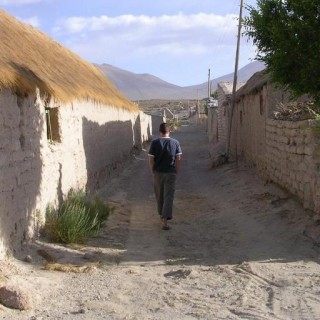